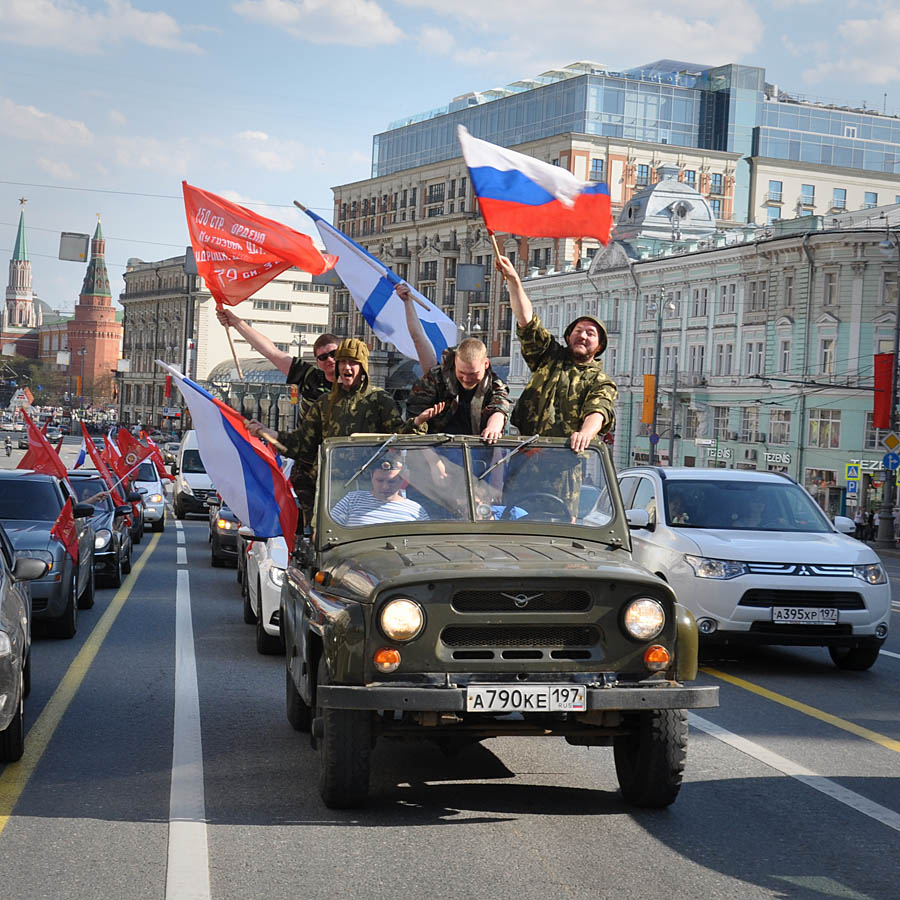 Victory day in this year in Moscow has really many faces – singing, smiling, some crying and remembering those terrific and heroic days of World War II and some inspired. I tried to show you the whole kaleidoscopical picture, hope I’ve succeed. Faces of Victory Day in Moscow – enjoy!

Dear friends! Let me congratulate you with warm days coming back to Moscow and remind you of the upcoming Victory Day celebration which takes place on the 9th of May. On this day, Muscovites congratulate the veterans of the Second World War (also known in Russia as the Great Patriotic War) with their victory over Nazis in May 1945. People go out onto the streets and give flowers to the veterans who look their best in their military uniforms and shining medals on. I offer you to take part in our celebration and get bright and beautiful photos of yourself at this traditional event. The weather on this day is always sunny! 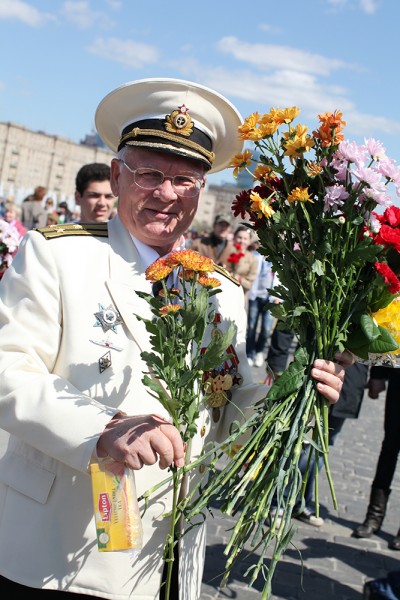 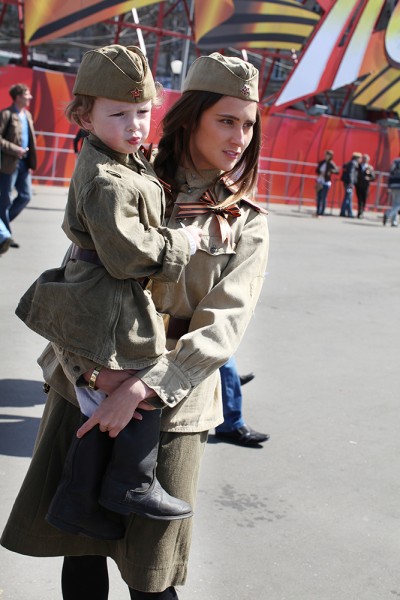 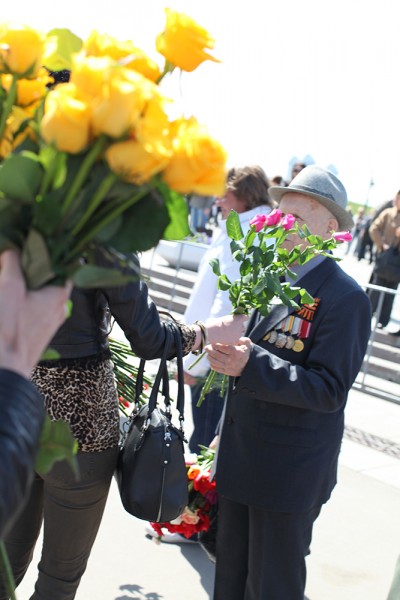 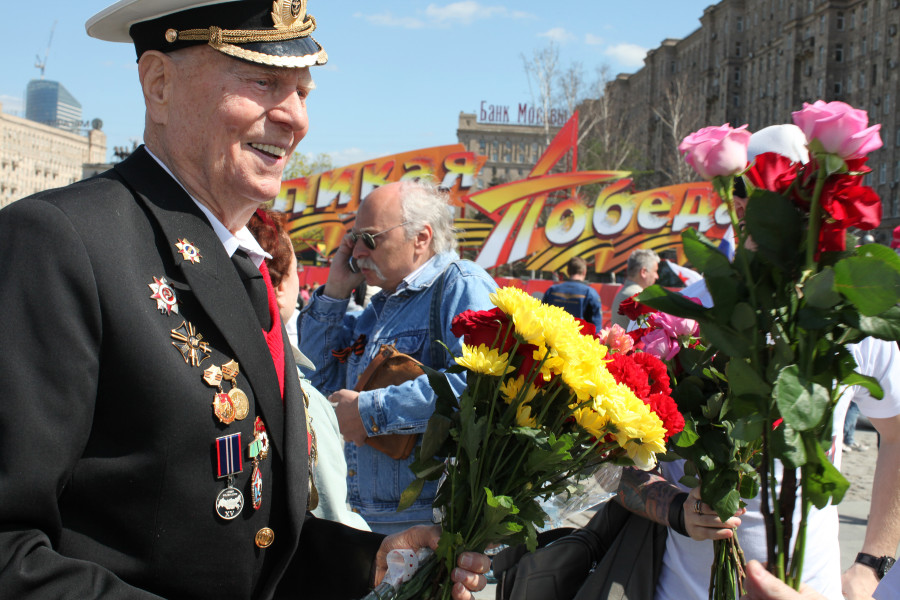 When you look at the planes from the ground, they are just like small birds floating across the sky. But when you take a closer look, you will feel that they are gigantic and strong animals. You can feel the power of these iron birds if you get to Sheremetyevo Airport and park under the line of landing!

This interesting balcony was found in Natasha Kovshova street, in Ochakovo-Matveevskoe district. Judging by the windows, the whole apartment looks like a jail.

On the Arbat line of the Moscow Metro you may see a very interesting train. It is adorned with very bright drawings of flowers and fruits, but the most interesting and amazing things are inside the carriage. Instead of the windows and seats there are the paintings which were created by the students of Sergey Andriaka’s studio.

The artist Sergey Andriaka is known as one of the leading masters of modern water colour painting. His works are in the largest museums of the world and private collections.

From the 19th of January to the 17th of February at the Central House of Artists you may visit the exhibition of wildlife photos "A Golden Turtle" which will be held in the framework of the Moscow International Wildlife Festival The exhibition presents the best photos of wildlife, amazing films about wildlife as well as different interesting seminars and masterclasses.

Until the 17th of February 2013, at the Multimedia Art Museum you can visit an exhibition dedicated to the great comedian Charlie Chaplin. At the exhibition you will see many photos of Charlie Chaplin with interesting comments and watch the best fragments of his films You’ll hardly be able to find a more recognizable character in the cinema history than Charlie Chaplin. The exhibition at the Multimedia Art Museum is another chance to find out who was Charles Chaplin in fact – an actor, an artistic director, or a person who made the whole world laugh.

The sculptural group "Make Way for Ducklings" in Moscow is a duplicate of the sculpture, which is located in Boston, USA. In 1991, Barbara Bush gave this sculpture to Raisa Gorbacheva and the work is still displayed in the park not far from the Novodevichy Convent.

This sculpture is a gift to the children of the Soviet Union from the children of the United States in the spirit of love and friendship. The idea was taken after the famous American fairy tale "Make Way for Ducklings" written by Robert McCloskey. Mother-duck is called Mrs. Mallard and her eight ducklings - Jack, Kack, Lack, Mack, Nack, Ouack, Pack, and Quack.

Today I have found a very interesting graffiti in Kitay-gorod, in the yard not far from the intersection of Bolshoy Spasoglinishevskiy Lane and Zabelina Street. It is a big work painted by Maxim Kasatkin on Lewis Carroll’s Alice in Wonderland theme.

From the 23rd of December to the 7th of January, the Strasbourg Fair is open for everyone on Manezhnaya square in Moscow. It is one of the most beautiful and largest Christmas fairs in Europe since 1570.

On the counters, there are various Christmas gifts and utensils. Besides, you can find here natural Christmas trees, Christmas-tree decorations and even French bakery. You can also participate in the master-classes for kids and grown-ups. At the fair, there are twenty wooden chalets, made in Strasbourg.